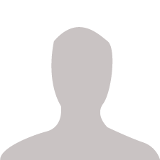 Има и други мнения:
Regarding claims that the atomic bombings saved lives, Gar Alperovitz has noted, "It has been argued in this connection that using the atomic bomb was less costly in human life than the continuation of conventional bombing would have been. Apart from the fact that accounts which urge such a view commonly leave aside questions concerning [modifying the unconditional"> surrender formula and the impact of the Russian attack, by early August 1945 very few significant Japanese civilian targets remained to be bombed. Moreover, on July 25 a new targeting directive had been issued which altered bombing priorities." "Attacks on urban centers became only the fourth priority, after railway targets, aircraft production, and ammunition depots." "...the new directive (as the U.S. Strategic Bombing Survey noted) 'was about to be implemented when the war ended.'". (Gar Alperovitz, The Decision To Use the Atomic Bomb, pg. 342).

It didn't take long after the atomic bombings for questions to arise as to their necessity for ending the war and Japan's threat to peace. One of the earliest dissents came from a panel that had been requested by President Truman to study the Pacific war. Their report, The United States Strategic Bombing Survey, was issued in July 1946. It declared, "Based on a detailed investigation of all the facts and supported by the testimony of the surviving Japanese leaders involved, it is the Survey's opinion that certainly prior to 31 December 1945 and in all probability prior to 1 November 1945, Japan would have surrendered even if the atomic bombs had not been dropped, even if Russia had not entered the war, and even if no invasion had been planned or contemplated." (Bernstein, ed., The Atomic Bomb, pg. 52-56).

In 1948 Sec. of War Henry Stimson published his memoirs, ghost-written by McGeorge Bundy. In them Stimson revealed, "It is possible, in the light of the final surrender, that a clearer and earlier exposition of American willingness to retain the Emperor would have produced an earlier ending to the war". Stimson and Bundy continued, "Only on the question of the Emperor did Stimson take, in 1945, a conciliatory view; only on this question did he later believe that history might find that the United States, by its delay in stating its position, had prolonged the war." (Stimson & Bundy, pg. 628-629).
-1
+0